Share a memory
Obituary & Services
Tribute Wall
Read more about the life story of Christopher and share your memory.

Chris grew up in Saugus, MA. He attended Saugus High School before moving to New Bedford, MA, where he finished high school. He served his country as a member of the United States National Guard. He and his wife Gloria were residents of Freetown, and Lakeville for forty plus years. Christopher owned Superline Transportation and Brooks and Eaton Express.

Chris loved working in his yard, which included “burn parties” with his grandsons, and cookouts with the kids. He also was a huge football fan; his favorite was Norte Dame. He loved making furniture for his grandchildren and children after he retired. You could always find him talking with neighbors while meticulously tending his lawn. People would stop and ask him what company took care of the lawn. Chris and Gloria loved going to Florida, he would go to the Tiki Bar every day. The Yacht Club in Cape Coral, where he and Gloria spent 20 years was another favorite of theirs. They also spent many years in New Hampshire with Betty and Johnny who was like a brother to him.  Chris and Gloria are members of St. John Neumann Church in East Freetown.

In addition to his wife Gloria, Christopher is survived by his daughter Diana Kelley and her husband Dennis of New Bedford, son David DeGrazia of Rehoboth, daughter Denise DeGrazia of Lakeville, and son Dennis DeGrazia of Portsmouth, RI, nine grandchildren; Christian-Paul, Derek, Cameron, Devon, Corey, Ethan, Dayne, Danielle and Deanne, three great grandchildren; Aspen, Gabriel, and Leila, as well as many loving nieces, nephews and cousins. He was predeceased by his brothers John and Charles DeGrazia.

Funeral services for Christopher are being planned for a future date.

To send flowers to the family or plant a tree in memory of Christopher Andrew DeGrazia, please visit our floral store. 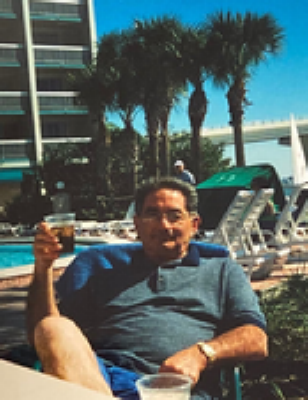 Family and friends are coming together online to create a special keepsake. Every memory left on the online obituary will be automatically included in the book.

You can still show your support by sending flowers directly to the family, or by planting a memorial tree in the memory of Christopher Andrew DeGrazia
SHARE OBITUARY
© 2023 Dahlborg-MacNevin Funeral Home. All Rights Reserved. Funeral Home website by CFS & TA | Terms of Use | Privacy Policy | Accessibility