Share a memory
Obituary & Services
Tribute Wall
Read more about the life story of Douglas and share your memory. 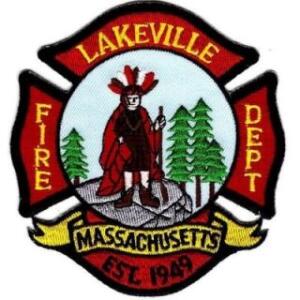 Douglas W. Mills, 84 passed away peacefully surrounded by his family on November 26, 2022 after a lengthy illness. Born in Middleboro, MA on August 10, 1938, he was the son of the late Stanley and Marguerite Mills (Brown).

Doug came from a family that dedicated their lives to serving the community. His late father, Stanley was a Lakeville Fire Department Call Lieutenant and his late mother, Marguerite was a member of the Lakeville Fire Department’s Ladies Auxiliary. Doug became a Lakeville firefighter in 1954 and retired as Chief in 1995. As a firefighter, he was one of the department’s first divers. During his tenure as Chief, he worked very hard to modernize the department by pushing for newer equipment and updating policies. It made him extremely proud that his son, Matthew, followed in his footsteps and became a Lakeville firefighter in 1986.

Anybody that knew Doug, knew how much he enjoyed camping at Sandy Neck Beach, fishing, golfing with his buddies, spending time at Onset Beach, and watching the Patriots. He would often say that some of his best memories were the years he spent traveling around watching his daughters, Stacey and Jen playing softball. He made sure that the 1992 Apponequet High School softball team had an official escort back into town after winning the state title by greeting the bus with lights flashing and sirens going.

Doug was a member of the Lakeville Lions Club, The Middleboro Elks, the Teamsters, and both the Plymouth County and Bristol County Chiefs Associations. He also served in the Army National Guard for six years.

Doug is survived by his children, Retired Firefighter Matthew Mills of Hyannis, Stacey Riley (Mills) and her wife, MaryBeth of Lakeville, and Jennifer Lomastro (Pfister) and her husband, Joseph of Assonet. He is also survived by his grandchildren, Alee and Joe Lomastro and his brother Stanley Mills, Jr. of Florida, and eleven nieces and nephews. He was preceded in death by his brother Gordon Mills.

Doug's family would like to extend their gratitude to Compassionate Care Hospice for their care and support, especially his primary care givers, nurses Alexis and Vicki.

Visiting hours for Doug will be held on Friday, December 2, 2022, from 4:00 – 7:00PM, at Dahlborg-MacNevin Funeral Home 280 Bedford Street Lakeville, MA 02347. A uniformed personnel walkthrough for the Fire Department will place at 5:00PM. A funeral service will be held the following day, Saturday, December 3, 2022, at 10:00AM, also at the funeral home. Doug will be laid to rest with his parents at Sampson Cemetery on Bedford Street in Lakeville, following the funeral service.

In lieu of flowers, contributions can be made to

To send flowers to the family or plant a tree in memory of Douglas W. Mills, please visit our floral store. 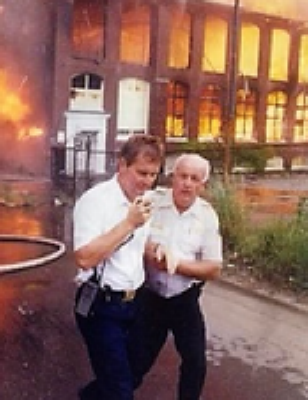