Share a memory
Obituary & Services
Tribute Wall
Read more about the life story of James and share your memory.

James Michael Handrahan, age 88, husband of the late Carol Ann (Leonard) Handrahan, passed away suddenly on Saturday, December 31, 2022, at St. Luke’s Hospital in New Bedford, MA. James was born in Brookline, MA, on Wednesday, July 4, 1934, and was the son of the late James Michael and Mary Eleanor (Love) Handrahan. He attended school in Brookline and later was a resident of Brockton, MA, and New Bedford, MA.

James proudly served his country as a member of the United States Air Force from 1953 to 1957, as an airman 1st Class during the Korean Conflict. James and his late wife Carol, the love of his life, were married in 1958, until she passed. They were former members of St. Coleman’s Church in Brockton. James worked for GF Office Furniture, and Choice Systems Installation (CSI), before retiring at the age of 67. An avid Boston sports fan, James loyally followed the Red Sox, Patriots, Celtics and Bruins. In fact, he was seldom seen without his Red Sox cap. As a resident of Whaler’s Place Apartments in New Bedford, James played pool and conversed at Saturday morning coffee with the friends he made in the years he lived there. Of all James’ interests, his number one joy was spending time with his family.

James is survived by his loving family: son Brian Handrahan and his wife Leigh, daughter Eleanor Riley and her husband John, daughter Theresa Courville and her husband Ernest, son Paul Handrahan and his wife Jessica. James was blessed in this life to have 11 grandchildren Brian, Justin, Jennifer, Kasandra, Samantha, Patrick, Colleen, Mackenzie, Jaime, Shane and Kendall, 6 great grandchildren Gianna, Talyn, Landyn, Theo, Cole and Peyton, and his aunt Marjorie Kelleher and her husband John. James was predeceased by his brother Robert Handrahan.

A public Funeral Mass of Christian Burial for James will be held on Friday, January 13, 2023, at 11:00AM, at St. John Neumann Church 157 MIddleboro Road East Freetown, MA 02717. For those who may not be able to attend the funeral mass, a brief period of visitation will take place from 9:30 - 10:15AM at Dahlborg-MacNevin Funeral Home 280 Bedford Street Lakeville MA 02347, prior to the funeral mass. Immediately following the funeral mass, James’s cremains will be laid to rest with his late wife Carol at a private committal service in Cedar Knoll Cemetery. In lieu of flowers, memorial donations in James’s name may be made to St. Jude Children’s Research Hospital. A charity that James would support regularly.

To send flowers to the family or plant a tree in memory of James Michael Handrahan, please visit our floral store. 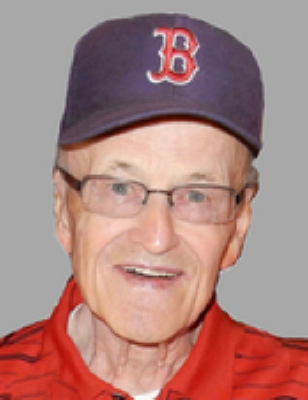