Share a memory
Obituary & Services
Tribute Wall
Read more about the life story of Mark and share your memory.

Mark Pomeroy’s path in this world took an unexpected turn on January 11, 2023, when he passed away after a brief illness,he was surrounded by his family.

His journey started on March 3, 1957. Born to Joseph and Rena (Rossi), he was the youngest brother of Stephen and Michael. Family was the foundation of his life. He was taught that it was everything, a lesson that would live with him forever and be passed on to his own family. Growing up in “the Neighborhood” provided the Pomeroy boys unlimited entertainment.
Having their Rossi cousins just down the road made sure there was never a dull moment. He helped at his parent’s restaurant, “Pomeroy’s Donut Shop”, a staple in West Bridgewater and worked at the Ice House for his Uncle Chet, where he was lovingly nicknamed “The Wiz”. He was always active growing up, playing baseball as a youngster, football and golf in high school, and skiing that continued throughout his life. Mark was not afraid of a challenge and skied Tuckerman's Ravine many times with his brother Mike. He passed down his love for skiing to his children.

Mark had a passion for music and developed a love for the trumpet. He graduated from High School in 1975 and went to Berklee School of Music for a year.
In 1976, Mark’s path took another turn. A walk in the woods with his dog named Donut, and a cute girl named Christine would lead him down a path he never knew he wanted, but wouldn't change for anything. He married that girl and was married for 46 years. Their journey together gave Mark his prize possessions; his son, Matthew, his daughter, Melissa, and his son, Jonathan.Like all of us, he was not perfect, but he was perfect for them. He was a family man, enjoying so many family vacations together camping, trips to North Kakalakee, and large family reunions up North. He coached little league and gave his kids unconditional support with all of their pursuits.

His path also led him to help his parents at Pomeroy’s Donut shop for more than twenty years. He was the Donut Man. He would get up at 3 am, making the best donut there ever was. When his donut days were done, he worked at Storch Radon. He was never afraid of hard work. He landscaped on the weekends and after work. He never stopped working and never complained (I think he got that from his Mom).

Mark's final path was his greatest adventure ever. Being a Grandfather was a gift from God for him. His grandchildren Luke, Kara, Nolan, Ella, and Emma adored him and he them. He loved watching them play sports, taking them for walks, or just getting an ice cream together. Being together was his priority, and he showed that in so many ways.

Mark loved the outdoors, fishing at the canal, riding his bike, camping up in Maine, or taking a hike. He loved a good campfire. He was the best fire starter there ever was. Mark and Christine loved the outdoors together. They enjoyed walking on the beaches of Scusset, along the canal, in Plymouth, and Colt State Park.

Mark was a fast walker and was always walking ahead of Christine. I guess it is fitting that he would keep walking ahead on the path right up to the end.

Mark Pomeroy is survived by his wife, Christine; son Matthew and his wife Amy of Bridgewater, VT, daughter Melissa Mancuso and her husband Robert of Assonet, and son Jonathan and wife Yina of Plainville; grandchildren, Luke, Kara, Nolan, Ella, and Emma; brothers Steven, and his wife Pam of Durham NC, and Michael and his wife Barbara of Lakeville; sister in law’s Ann Prosper of Sandwich and Sally Huffman and her husband Lou Lombardi of Dennis, as well as several nieces, nephews, and close friends.

To send flowers to the family or plant a tree in memory of Mark R. Pomeroy, please visit our floral store. 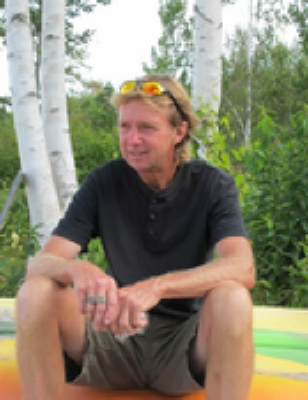