Share a memory
Obituary & Services
Tribute Wall
Read more about the life story of Richard and share your memory.

Richard graduated from Lexington Christian Academy, class of 1961. He also attended Fort Wayne Bible College and went on to earn his PhD. in theology and missions. Richard served as a pastor at multiple churches in Indiana, Maine, Pennsylvania, and New York. He also taught at Christian schools in Brockton, Massachusetts and in Hallstead and Union City, Pennsylvania. In addition, he and his family lived in Albany, Georgia and Rapid City, South Dakota while he was stationed at USAF bases in those cities.

Richard proudly served his country as a member of the United States Air Force during the Vietnam War, working as a Chaplain's Assistant. He was a huge fan of all things sports and enjoyed refereeing games in both high school and college sports while in Pennsylvania. He also had an extensive collection of miniature baseball stadiums.

In addition to his wife Donna, Richard is survived by his son James T. Kirk and his wife Angela of Versailles, Kentucky, daughter Elizabeth S. Ely of Fort Collins, Colorado, sisters Marilyn Paterno of South Hadley, Massachusetts, and Nancy Kirk of Greenfield, Massachusetts, three grandchildren, eight great grandchildren, and brother-in-law Robert Place and his wife Gail of Whitman, Massachusetts. Including a niece, nephew and four great nieces and nephews. In addition to his beloved first wife Ginny, Richard was also predeceased by his son Michael S. Kirk who passed away in February of 2022.

Visiting hours for Richard will be held on Sunday December 4, 2022, from 4:00 – 7:00PM at Dahlborg-MacNevin Funeral Home, 280 Bedford Street Lakeville, MA 02347, followed by a memorial service on Monday December 5, 2022, at 11:00AM at the First Baptist Church of Rockland, 200 Union St, Rockland, MA 02370. In lieu of flowers, memorial donations can be made to the Shriners Children’s Hospital of Erie, PA, by visiting their website at www.shrinerschildrens.org.

To send flowers to the family or plant a tree in memory of Richard Gordon Kirk, please visit our floral store. 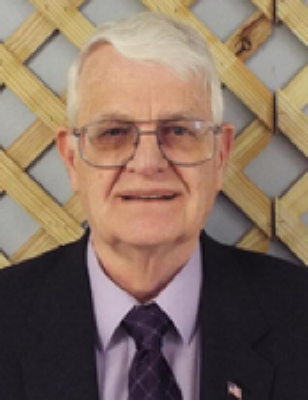